Leo Colombo is a Chemical Engineer with more than 30 years of experience in R&D, QM & Conformity Assessment and Innovation. He started his career in the Iron & Steelmaking industry and after a fellowship in France, sponsored by UN and OAS, he was successively appointed to be Laboratory Chief, Pilot Plant Manager and Senior Researcher in a National R&D company.

In 1997 he moved back to Argentina to take office as Manager of the MS Certification Division of the IRAM, the National Standardization and certification body, becoming the Certification Director a few years later. As such he was deeply involved with IQNet where he was a member of the Board from 2000 till 2006 as VP of the Board, Cair of the Constitution and Policies Committee as well as Deputy Secretary General during the year 2006.

In the year 2005, in partenership with colleagues he founded Quara Group a Training and Consulting Company focused in MS and Conformity Assessment matters. Leo is an experienced consultant and tutor with working experience in more than 30 countries of Europe, Africa, North, Central and South America and the Caribbean region.

Leo has quite a experience in the standardization world, he is a member of the ISO/TC 176 since 1997; he actively took part of the revision of ISO 9001 carried out in the years, 2000; 2008 and 2015. He was Chair of the ISO/TC176 Spanish Translation Task Group from 1997 till 2003 and Chaired the Argentinean National Quality Committee for 7 years. He is member of the ISO TC279 Innovation Management since its creation in 2013 and convene WG1 developing the future ISO 50501: Innovation Management System; he is also member of TC309 Corporate Governance and took part of PC 278 Antibribery Management System.

Leo is Quality Auditor and Quality Manager certified by ASQ, a proud father of three sons and one daughter and a happy grandfather. 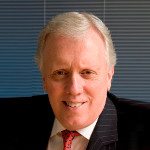 Peter Merrill is a Keynote Speaker on Innovation and has keynoted at conferences in cities such as Dubai, Mumbai and Shanghai. He has spoken in Prague, London and Helsinki.

He began his career in R&D working on projects such as desalination and acrylics for carbon fibre. Later as Chief Executive of one of the leading Design Brands in the Europe he led Innovation in one of the most demanding markets.

He is an Engineer, an Artist and a Writer and has led Innovation in the fields of both Graphic Art and Engineering. He is one of North America’s foremost authorities on Management Systems which he has implemented in such innovative companies as IBM, A.I.G., and R.I.M.

He chairs the Canadian national committee to ISO/TC279 the Technical Committee on Innovation Management and also chairs the ASQ Innovation Think Tank.

He is author of the books “Innovation Generation”, “Innovation Never Stops”, “The Executive Guide to Innovation” and “Do It Right the Second Time”. He writes the Innovation Column for Quality Progress.

Paul O’ Connor was born in Curaçao, The Netherlands Antilles. He graduated at the Eindhoven University of Technology in Chemical Engineering in 1977 with a M.Sc. Thesis on Fluidization of powders with Prof. Kees Rietema.

He has been active in heavy oil conversion processes at Shell in design, process, and refinery operations and at Akzo Nobel in marketing and research management of refining catalysts. He championed several breakthrough innovations in the application, testing, manufacturing and commercialization of Fluid Catalytic Cracking Catalysts, leading multi functional and cultural teams including joint venture partners FCC SA and PETROBRAS.

After the acquisition of Akzo Nobel Catalysts by Albemarle, Paul led the long-term development strategy for the Refining Catalysts group and focused on the business development for new catalytic applications.

In 2006 he formed his first start-up: BIOeCON, which focused on the economical conversion of biomass to renewable fuels and energy. BIOeCON working with an international network of creative scientists has developed several breakthrough concepts laid down in patent applications. Part of this IP has been acquired by Khosla Ventures in the 2007 start-up KiOR, now INEARIS technologies.

In 2009 BIOeCON and PETROBRAS formed a partnership to develop technology based on ZnCl2 molten salts, for the selective conversion of agricultural wastes into oxygen containing fuel additives. This partnership has recently been discontinued. BIOeCON however has retained the technology and IP and has further developed the process towards a very selective biomass fractionation process producing 2nd generation sustainable biofuels, high value chemicals and specialty materials based on cellulose and lignin.

In 2010 Paul launched a second start-up called ANTECY with as goal to convert renewable (solar, wind, hydro etc.) energy directly into high-density liquid fuels or chemicals. ANTECY has filed several patents in the area of the capturing and conversion of CO2 based on a low cost and environmentally friendly non-amine CO2 sorbent and is now forming partnerships to demonstrate and commercialize this technology.

Paul is an author and co-author of several publications on heavy oil conversion and biomass processes. He holds a significant number of patents in the area of catalysis, catalytic processing, biomass conversion, solar conversion and the synthesis and application of advanced materials.